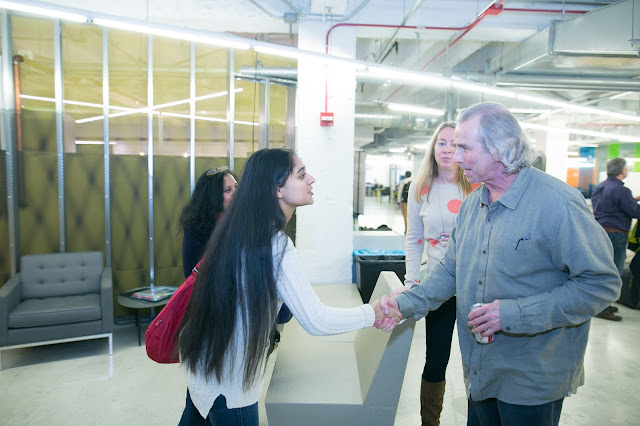 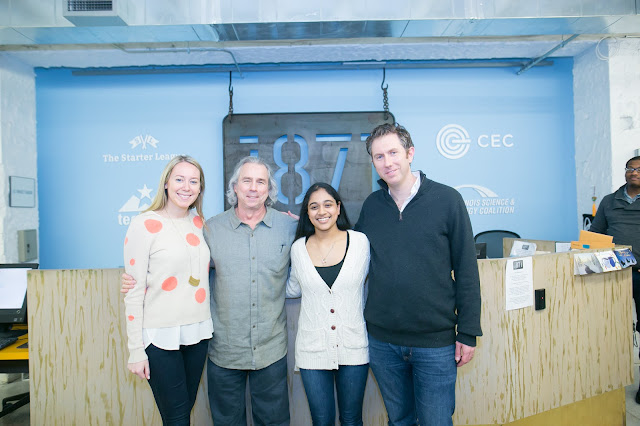 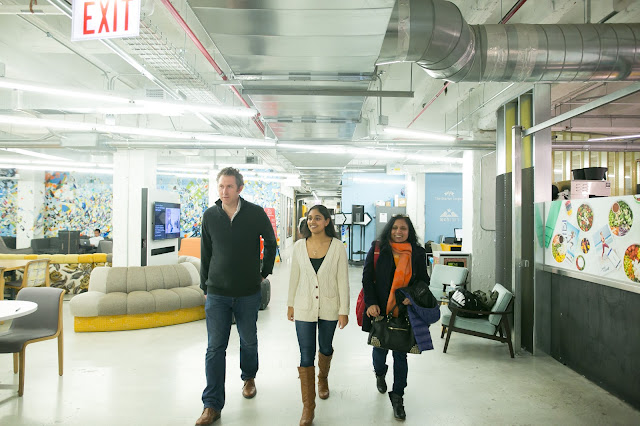 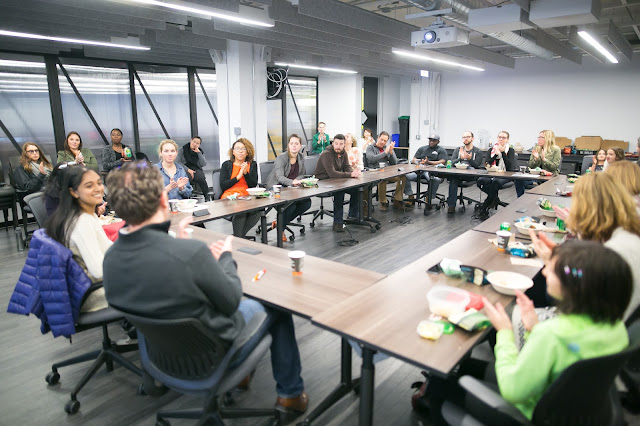 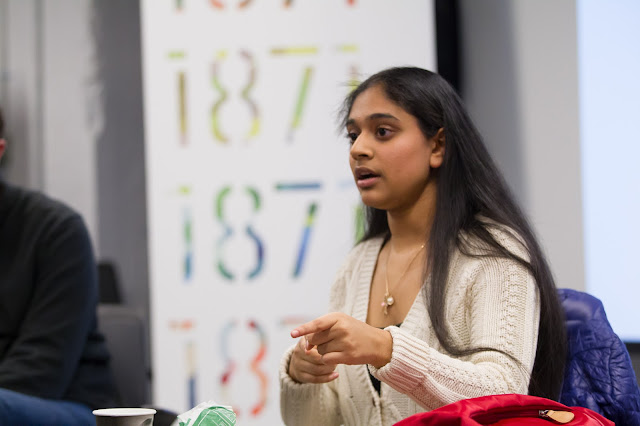 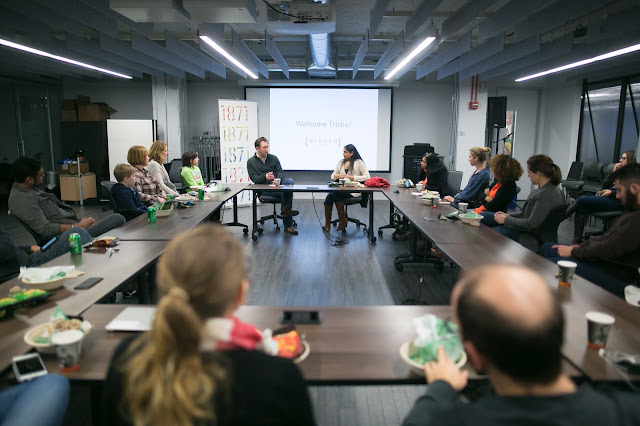 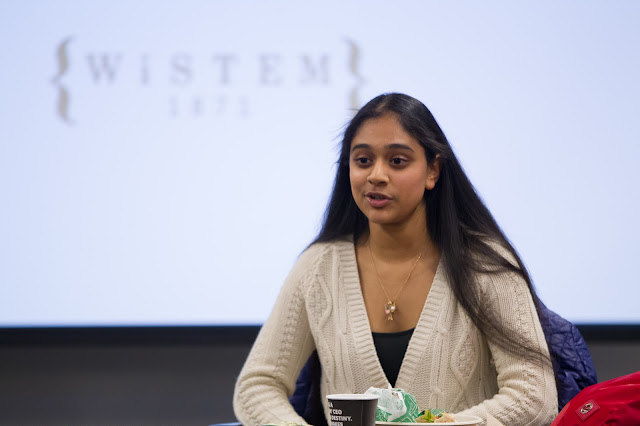 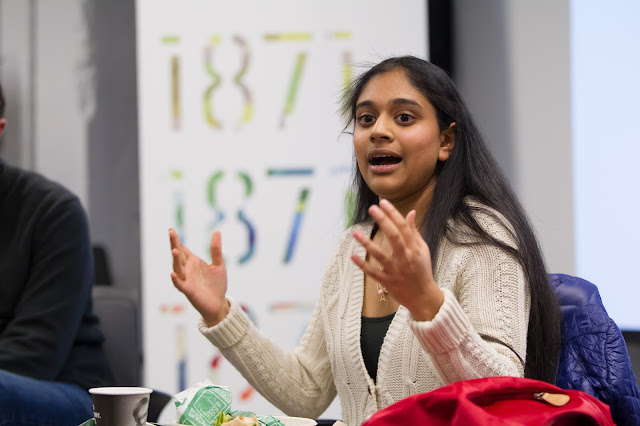 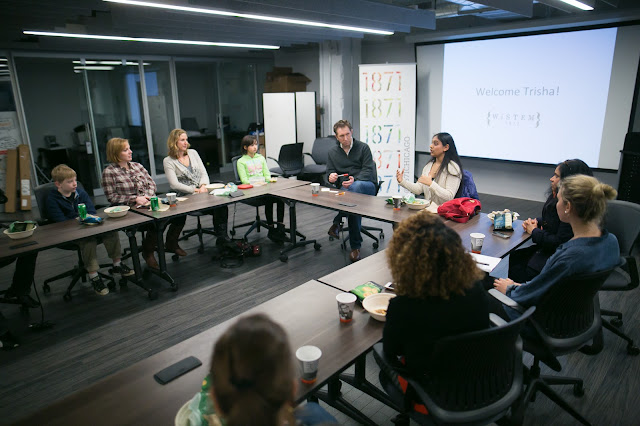 ​In a digital age where anyone can post anything on his or her social media accounts, cyberbullying has become a major concern. But what if the user was forced to rethink his or her message before posting it for the world to see? Fifteen-year-old Trisha Prabhu, a freshman at Neuqua Valley High School in Naperville, Illinois, created an application as part of her anti-cyberbullying movement that does just this.

She invented ReThink, an application available for the web and mobile platforms that serves as a proactive solution to cyberbullying, which she calls a “silent pandemic affecting millions and millions of kids around the world.”

The app, created for adolescents, notifies the user when a message is potentially offensive. The user can choose to delete, edit, or continue to post the message, despite the warning. But Prabhu’s research found that more than 93 percent of the time, adolescents changed their minds and decided not to post the offensive message after reading the alert.

And for parents, they can sign up for an email notification that is sent if their child overrides the alert a certain number of times. “That way parents can find a middle ground between not knowing what they’re kids are doing on social media and secretly checking their kids’ texts at night,” Prabhu says. She hopes to release the software in the next few months.

Since she started ReThink, Prabhu’s career in science, technology, engineering and math – STEM fields – has taken off. Among her accomplishments, she was named a Google Science Fair Global Finalist and Chicago’s Money Smart Kid in 2014. She was also selected as the Financial Literacy Ambassador for Chicago for 2014-2015, and she serves as a student adviser for the city’s Financial Advisory Board.

As founder and CEO of ReThink, Inc., Trisha hopes to implement the slogan “ReThink” in all middle and high schools. Some high schools have already adopted the slogan to help stop cyberbullying. U.S. News talked with Prabhu by phone about her ReThink journey and her STEM aspirations. The interview was edited for length and clarity.


Where did you test the app?
I camped out at the local library from about November to late winter break … especially during finals time when there were a lot of students and adolescents within the age range I picked for this project, so ages 12-18. I ended up running about 1,500 trials.

What was your inspiration?
Just a normal day in fall 2013, coming home from school, and I happened upon this article about this young girl. She was only 11 years old, her name was Rebecca Sedwick, she was from Florida and she had ended up jumping off of her town’s water tower to her death all because she had been extensively cyberbullied by her classmates for over a year and a half. And I was just absolutely stunned.
It was just one of those moments where you take a step back and you wonder how on Earth this could possibly ever happen, and I started to do more research and I realized that this was just one of a countless many. … After doing more research, I realized social media sites weren’t doing enough to help stop it … They were doing this approach I like to call “stop, block and tell,” which is when social media sites encourage kids to stop what they’re doing, block the cyberbully and then tell a parent or guardian. It sounds great in theory, but the problem is that 9 out of 10 bullied victims actually don’t tell anyone they’re being cyberbullied. And it just seems ironic that we’re putting this burden on the victim to block the cyberbully that’s embarrassing and humiliating them rather than focusing on the cyberbully.

What obstacles did you overcome when developing the app?
When developing this ReThink project, my first concern I think really was, how am I going to decide what is offensive when I’m looking into testing this with adolescents? Who gets to decide what is truly offensive? That’s when I immediately went ahead and I actually did research into universities and government websites that looked into the problem of cyberbullying and they provided examples of what they said were offensive. … I found examples that were constantly repeated...on websites, and I said, ‘OK, I’m going to use this as my examples of what is an offensive message,’ so to speak, and that’s what I used in my experiment.

If you could invent anything else, what would it be?
If had to pick one thing that I could invent … it would probably be some sort of medical treatment to help cure Alzheimer's. My great-grandmother died of Alzheimer’s very recently … and the one time I got to visit her she did not recognize who I was and it’s a very sad thing to see, to witness and to go through. … Brain-related diseases is what I’m looking to do in the future – schizophrenia, Parkinson’s, Alzheimer's. We’re making amazing strides with these diseases, and the technology and the interest in the field is growing. But until we truly put our backs into it and start looking into novel solutions to help solve these problems, we're still going to have millions and millions of Americans and people around the globe suffering. Hopefully sometime my lifetime I’ll be able to come across a solution.

Who are your mentors?
I think behind every seemingly successful person, there’s always an incredible backbone of people who helped to make that happen. For me, those are my teachers at school who work with my schedule and support my work … and mentors at the Illinois Math and Science Academy, mentors at Yale University and then obviously, and perhaps most importantly, my parents. No one has truly mentored me or supported me more than they have every step of the way as I’ve been taking this crazy idea forward. There was never a second question or they never doubted the belief that I had in the project. They were always there for me and, you know, sometimes that’s what a person needs the most. … And they got me interested in technology at a young age.


What’s something you want to do before age 30?
Give back as much money to people as I’ve earned during that period of time. That’s probably what I’d like to do. I don’t know how much money I’ll make in my lifetime. I hope not to become one of those people that are so much oriented on the money end making rather than the purpose behind what I’m doing. But I hope to give back whatever money I’m making in some way, either funneling it back into my work or funneling it back to people in need... I want to give because what I’ve found is there’s a lot of joy in being able to give rather than just taking.

What’s your next goal in STEM?
I live in Naperville, which is a very wealthy suburb of Chicago, but I also recognize that not even a half-hour from where I live it’s a very different world … where there are kids who grow up in a world that is a lot different from the world I’ve been so privileged and lucky to have. For me, I want to be able to provide these kids, especially women, the opportunity to get involved in STEM and computer science and coding.

I recognize the impact these skills have on a person's life, the jobs that they can get, the skills that they have. … It opens so many doors, and that’s something I want to provide to kids that don’t get that opportunity or don’t know how valuable that is because they grow up in neighborhoods that don’t emphasize the importance of such an important field such as STEM. … There’s a huge gender gap right now for women getting involved in computer science. ... Providing women that opportunity is so critical and that’s something I’d like to see happen.