New Approach to Ads in Games

As the number of people playing videogames on smartphones surges, two new companies are touting a way for advertisers to reach the potential customers—without annoying them.

The start-ups, Kiip Inc. and Tap.Me Inc., are moving beyond the familiar mobile banner ads, letting marketers sponsor rewards or extra tools within the game. The idea is that users will then associate the brand with a positive experience.

As the number of people playing videogames on smartphones surges, two new companies are touting a way for advertisers to reach the potential customers-without annoying them. Jen Valentino reports on digits.

When a player on a game that uses Kiip (pronounced "keep") hits a certain milestone, a message pops up saying that the person can also get a real-world reward—like a six-pack of soda free or a coupon for flowers on Mother's Day. The person can redeem the reward then or later, or email it to someone else.

"It's the moment where you feel like you've accomplished something. We match it with something that's branded," said Kiip's 20-year-old founder, Brian Wong.

Kiip uses algorithms to decide when to offer the deals, so weaker players can still get rewards and people won't be conditioned to expect prizes at certain times.

Chicago-based Tap.Me, on the other hand, lets brands sponsor in-game tools and rewards, but only if players choose them. With Tap.Me, advertisers can enter keywords and be matched to suggested tools and games they should sponsor.

For example, a restaurant chain that wants to tout its value menu might sponsor a tool that helps players get coins in the game. Once players choose that tool, the brand can send other rewards, like coupons, to the player's inbox.

Tap.Me signed its first official customer in May with Coinstar Inc.'s Redbox DVD kiosk service. Other brands, including the Wm. Wrigley Jr. Co., are in discussions with the start-up, which is on games with 5.7 million players now, including the popular "Charmed." It expects to reach more than 40 million players by the end of the year. The companies said they were still working out details of what the brands would offer in the games.

Founded about a year ago, Kiip began testing ads on games in April and has handled campaigns from Dr Pepper Snapple Group Inc., beauty product store Sephora USA Inc. and 1-800-Flowers.com Inc., among others. The company, which is based in San Francisco, says it has more than 12 million active players on 15 games.

Kiip is still testing the response to its ads and hasn't yet disclosed the games it is using. Eventually games using the start-up's system will say "Kiip enabled" as a selling point, Mr. Wong said.

Both start-ups are in talks with game makers to get on more games and share a percentage of revenues.

The effort to capture gamers' attention comes as mobile games become a popular pastime. According to measurement firm Nielsen, 74% of people who have Apple Inc.'s iPhone played games on the phone in the past month, and 66% of those with phones running Google Inc.'s Android system had played.

Advertising has long been present in regular videogames, but mostly as "product placement" such as messages that appear on billboards in a driving game. Traditional gamers have balked at seeing any ads at all in expensive console games, but that isn't the case in cheaper mobile apps, said Noah Elkin, a principal analyst at research firm eMarketer.

Also, unlike traditional videogames, mobile games appeal to women as well as men—thus drawing interest from brands that wouldn't have ordinarily advertised in a game. "Casual games are perennially popular especially with women, and you can reach an older audience as well," said Mr. Elkin.

But mobile advertising is still a nascent field. EMarketer estimates that in the U.S., spending on mobile ads will be about $1.1 billion this year, a small number compared with the more than $150 billion expected to be spent on advertising in general.

Mr. Elkin said that the trend on mobile devices is to move beyond banner ads, in an effort to get people to engage more with the advertising. "Most advertisers are still spending the bulk of their display dollars on traditional banners, but if you look at where the steeper growth is, it's at the richer end of the media: video, interactive," he said.

The start-up founders all believe that many people either ignore banner ads or are bothered by them—particularly in games, if they hit an ad by mistake and it takes them to a new screen.

"Something that we discovered very early on was that ads needed to take advantage of the natural game design" and not interrupt the game, said Tap.Me Chief Executive Joshua Hernandez.

"Mobile advertising is growing by leaps and bounds, but the manner in which brands connect to consumers is the real key" when it comes to making mobile advertising successful, said Bob Rupczynski, global director of interactive marketing at Wrigley, which has been in discussions with Tap.Me.

The advertisers evaluating the in-game advertising technology said they hope associating themselves with pleasant parts of the game and offering rewards will provide that connection.

Even if you haven't heard of him, it's further proof of Tullman's savvy in assuring his school offers classes, experience, and guest speakers relevant to students' interests. Uematsu, synonymous with the beloved Final Fantasy series that started in 1987, nearly filled a large classroom with students eager to ask him about his instrumentation choices and his thoughts on genre labels.

"He is the world's most prominent composer of video game music -- especially Final Fantasy," Tullman said. "So he was an amazing crossover guest for our game and our recording arts students."

Even though students didn't ask Uematsu or fellow composer/collaborator Arnie Roth for career advice or even stories on how they got their proverbial first big breaks, it's further reinforcement of the keen common-sense instincts Tullman has demonstrated time and time again. If you're going to run a digital-arts and entertainment private college, you should be plugged in to what's relevant.

In the few instances where Uematsu delved into tangents unrelated to questions about his thoughts on the Mario Bros. series, he reflected on life as a freelancer and an entrepreneur. He left game-publishing company Square in 2004 to form production company Smile Please and also Dog Ear Records. His translator explained that his favorite thing about being an entrepreneur is "that he doesn't have to wake up in the morning or have a boss."

Uematsu was stateside for a pair of sold-out orchestral concerts that substantially fleshes out his scores for games both older and more recent. Although Uematsu spoke at Flashpoint previously in 2008 in a similar setting, it bears repeating: He spoke to a packed house last week.

BY DAVID WOLINSKY // 2 HOURS AGO 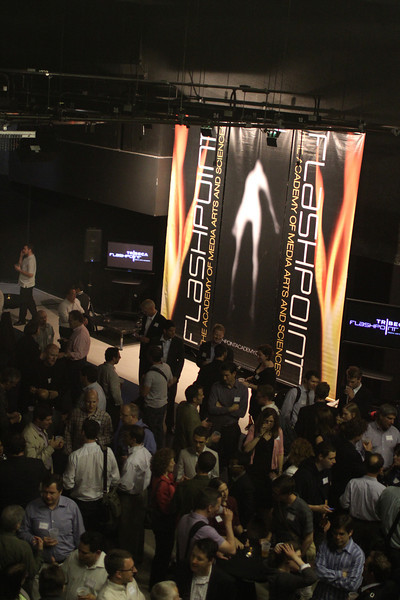 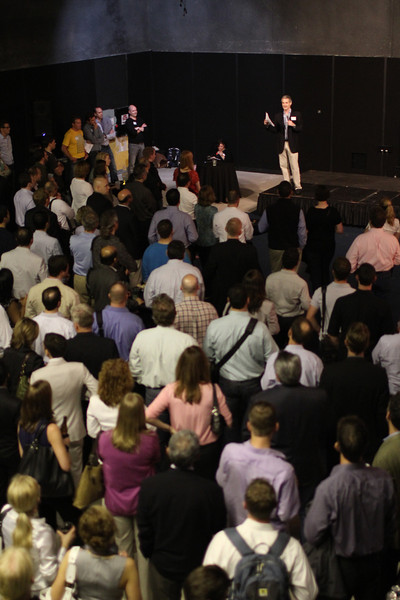 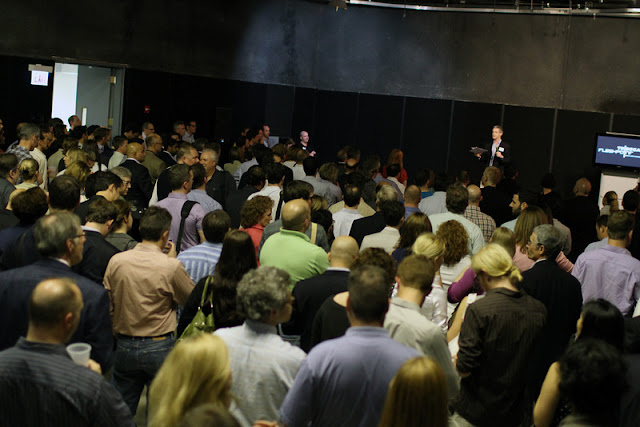 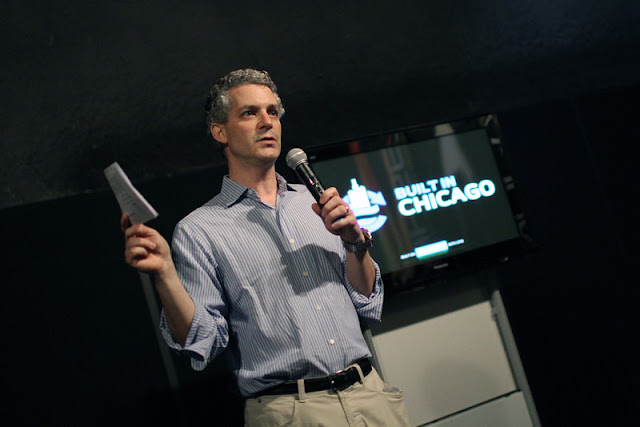 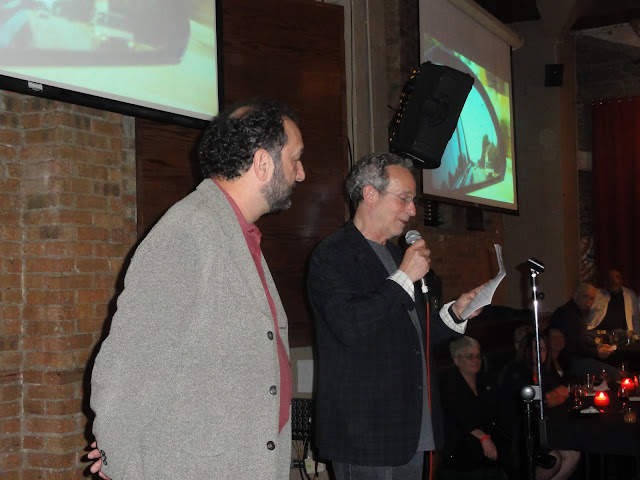 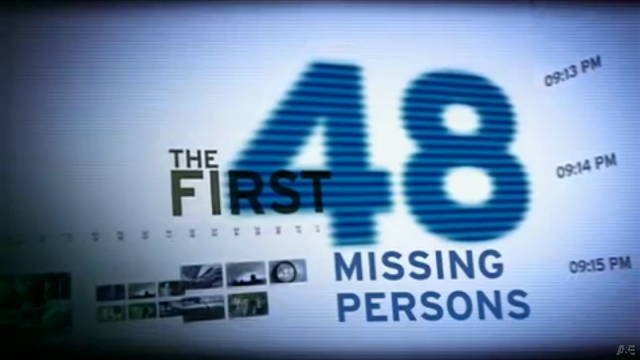 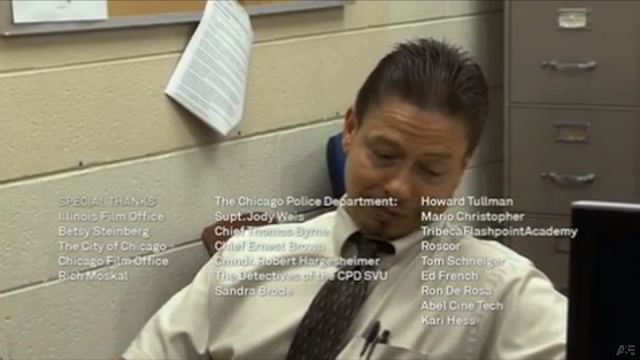 School is out and summer is upon us as we reach the end of June. It’s now time to announce our next Tech Student of the Month! This month, we are honored to highlight Andrew Zurek who is the project manager for the U.S. Imagine Cup winning team Bloom Studios. Andrew just graduated this month from Tribeca Flashpoint Media Arts Academy in Chicago, Illinois. He and his team built a computer game called Spero that is geared entirely around teaching children about environmental sustainability and how to be eco-friendly. The team took first place in the game design category of the 2011 U.S. Imagine Cup competition and has been recognized for their innovation, creativity and commitment to making the world a better place through technology. It is our pleasure to present Andrew’s and his team’s story.

Andrew began his journey into game development while attending the Tribeca Flashpoint Media Arts Academy after high school. At first, he wanted to be a writer of video game storylines but that changed quickly after his first few months at the academy. With the help of the faculty at Tribeca Flashpoint Academy, Andrew was pushed to explore all aspect of game production and found his talents best fit in the role of creative direction/project management.

Andrew and his team built their first games using the visual programming language found in Microsoft’s Kodu Game Lab. Using this as a starting point, Andrew began working more with Microsoft’s programming tools such as Visual Studio, XNA Game Studio and C#. All of these tools are made available to students at no cost through the Microsoft DreamSpark program.

Last January, Andrew and his classmates were assigned a long term project to create their own video game. The class could form their own teams and Andrew decided to pull in David Grund and Nathan Heyl to be artists on the project along with Nathan Moore as the lead programmer. Bloom Studios was born and all of the guys decided that they wanted to focus on creating environmentally friendly games for kids. The faculty at Tribeca Flashpoint encouraged Andrew to take a look at the Microsoft Imagine Cup and the whole team agreed that the competition would be a great fit since the theme is all about using technology to create a better world.

During the first weeks of the project the team prepared religiously by discussing ideas, doing research, and even making a visit to the Museum of Science and Industry in Chicago to speak with the staff about environmental sustainability. Team Bloom wanted to create a game targeted towards children because they are more impressionable and will carry ideas of eco-friendliness with them into the future. Andrew wanted the ideas for Project Spero to be customer driven every step of the way. The team went through pre-testing with 50 kids at a nearby school for feedback and suggestions. After implementing the majority of those suggestions over the next month and a half, the team put Spero through a second and much more rigorous round of testing with 200 kids from a different school and grade. The one-on-one feedback helped Team Bloom to refine Project Spero and polish it off for the Imagine Cup – and it worked!

Team Bloom was invited to the U.S. Imagine Cup Finals at Microsoft’s headquarters in Redmond, Washington for a weekend of fun and competition. When they got to Seattle, Andrew and the team felt like rock stars! They got to stay at the Westin hotel, got picked up in nice buses to be taken to events and got to tour attractions in the area like Pike Place Market. At the end of the day, Andrew felt so humbled to be in the presence of all the other U.S. Imagine Cup finalists. He stated “just to be there, surrounded by people who have got these great ideas is winning enough for me.” With that said, Team Bloom ended up taking first place in the 2011 U.S. Imagine Cup Game Design category and returned to Chicago with the gold medal under their belts! Even if he didn’t win or get invited to the U.S. Finals, Andrew would still highly recommend the Imagine Cup experience to every student out there. “Don’t hold back, just go do it, there’s no point not to.” says Andrew as he describes the opportunity Microsoft provides with the Imagine Cup. You can preregister for the 2012 Imagine Cup here.

We want to give huge congratulations to Andrew for recently graduating along with his achievements in the Imagine Cup! Andrew has a massive passion for gaming and making the world a better place. He sees himself working in the video game industry as a creative director for the rest of his career. Ideally, he would like to work for a small game studio that develops games with social responsibility at the core. With his big heart and drive we’re sure Andrew will find success in his career and are positive he’ll be running his own top tier game studio in no time! 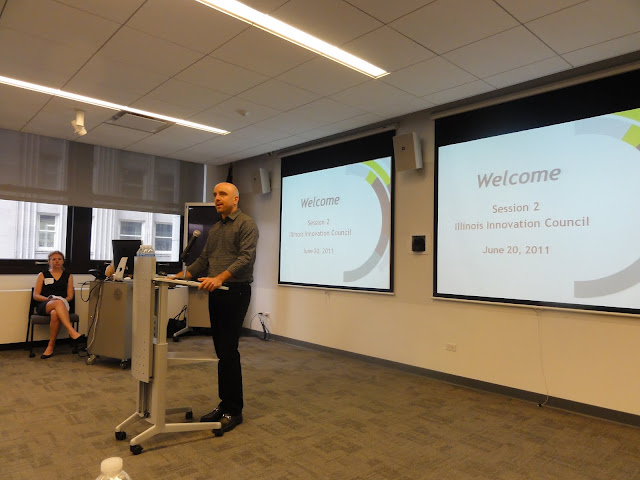 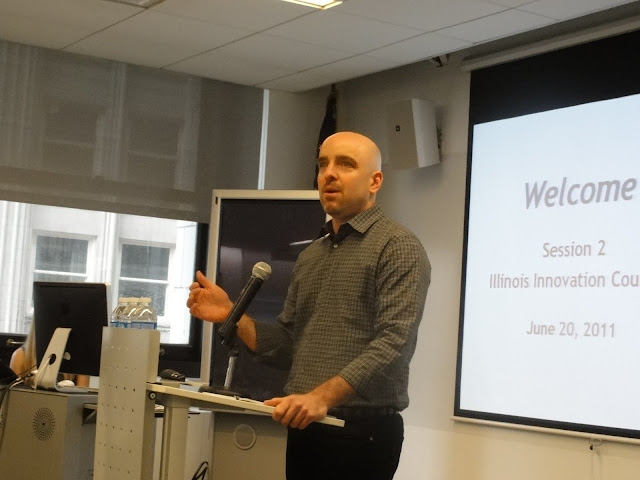 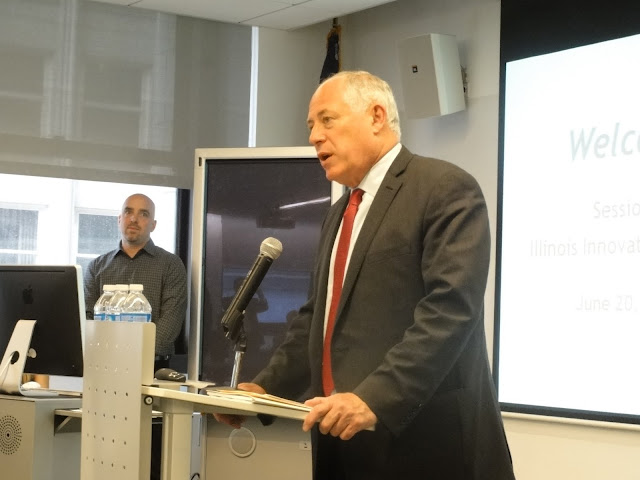 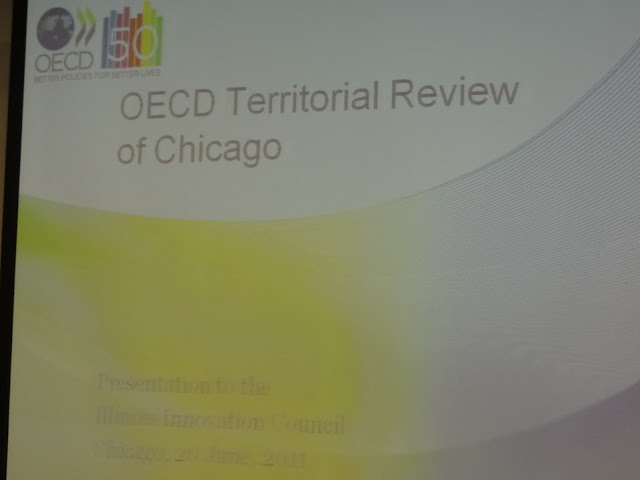 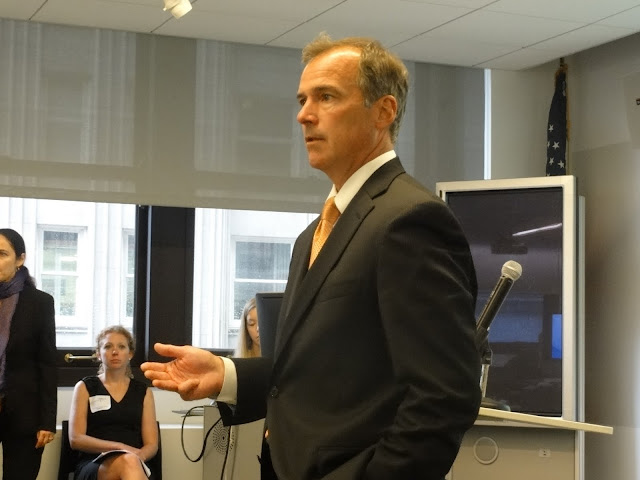 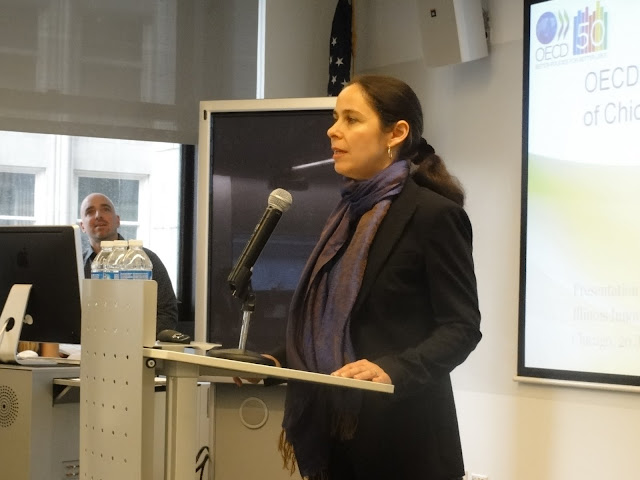 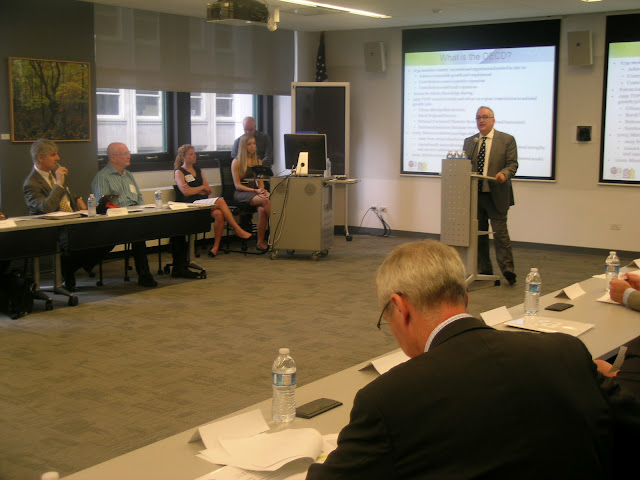 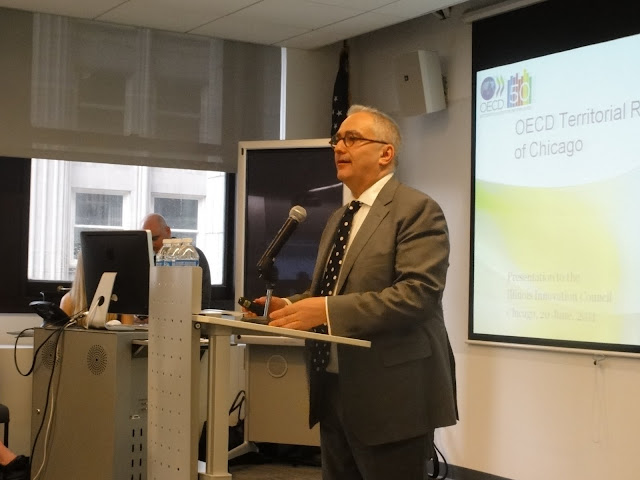 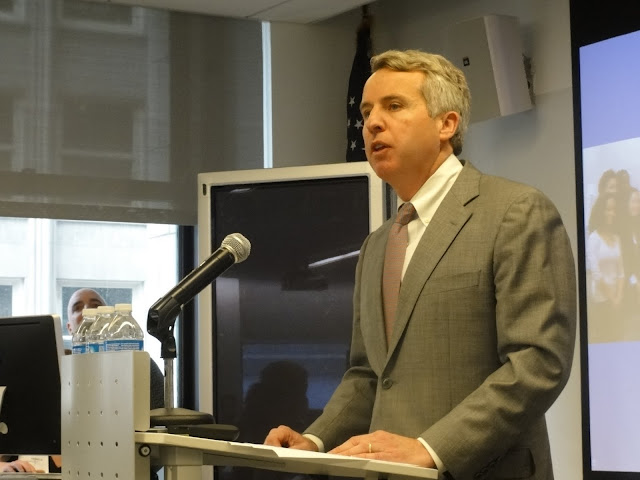 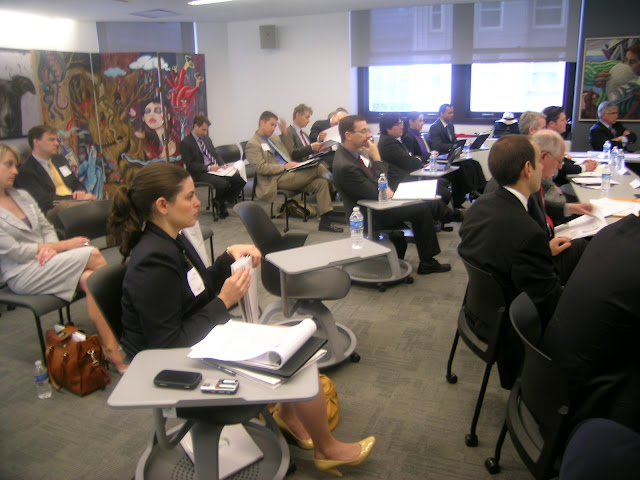 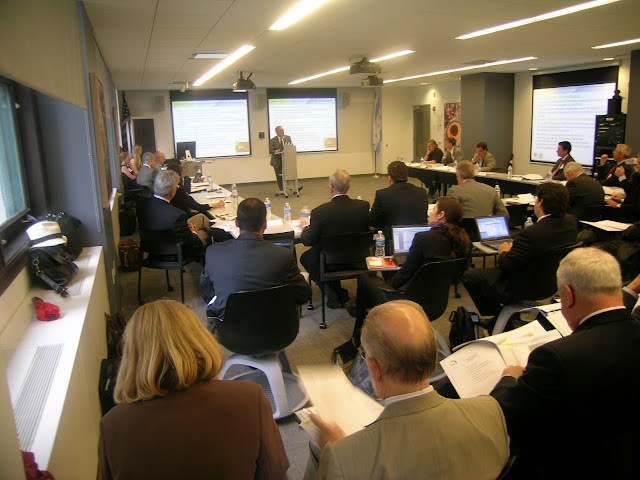 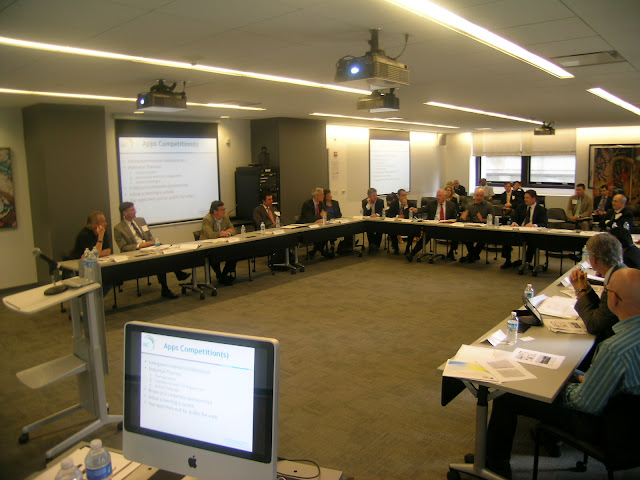 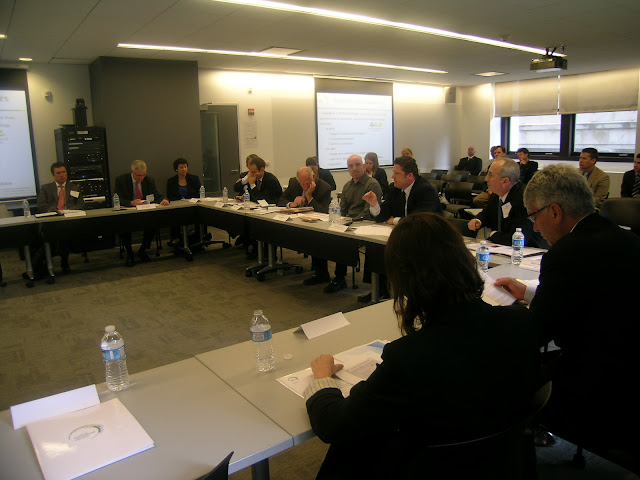