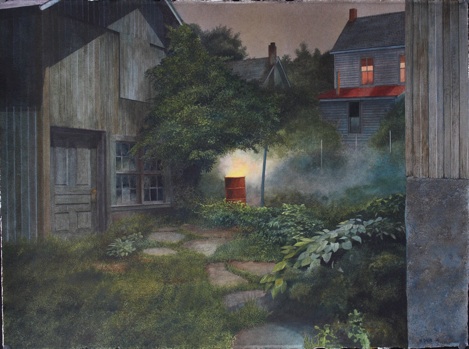 Matthew Daub is a nationally known artist and educator whose watercolors and drawings have been exhibited in over twenty solo gallery and museum exhibitions. His watercolors have been included in over one hundred and fifty juried and invitational exhibitions in institutions such as The Metropolitan Museum of Art and The American Academy of Arts and Letters. The Metropolitan Museum featured a Daub watercolor in their 1991 engagement calendar, “American Watercolors.” Matthew’s work can be found in public and private collections throughout the United States and Europe. He is represented by ACA Galleries in New York City.