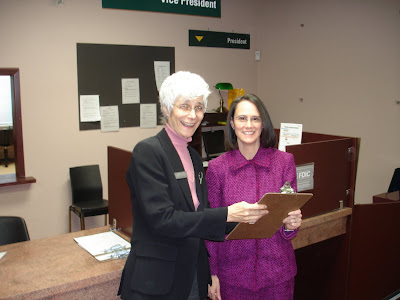 Chicago law firms are being asked to jump on board a program that helps the city's public school students acquire real-life skills.

The students ''come to the center and run an entire city,'' Howard A. Tullman, chair of Experiencia Inc., said in a telephone interview Thursday.

Experiencia has developed a program called the Exchange City Immersive Learning Program in which students work through a proprietary curriculum with their own teachers in their own classrooms for about 40 hours. The curriculum is based on state and national classroom standards for government, economics, math, social studies and entrepreneur studies. That prepares the students for the day they'll spend at the Exchange City learning center.

Tullman and Illinois Attorney General Lisa M. Madigan are encouraging law firms to help select and sponsor individual Chicago public schools so the students can participate in the program.

At least 50 area law firms are being sought to donate $3,500 each to provide scholarships so that CPS students can participate in Exchange City, according to Tullman, who is a lawyer.

Madigan will serve as honorary chair of Experiencia Inc.'s special Law Day program — titled ''Lex'' after the Latin for ''law'' — on May 1, the date when Law Day is observed nationally to expand public awareness of how laws and the justice system affect people. The contributions are being sought from the law firms under the Lex program.

The theme of this year's Law Day is ''Liberty Under Law: Empowering Youth, Assuring Democracy.''

Not all Chicago public schools can afford to have students participate in the program without financial assistance, according to Tullman.

''The Experiencia Exchange City Program provides a wonderful opportunity for CPS students to put what they learn into action,'' Madigan said in a press release. ''With the help of many law firms, CPS students from all over Chicago can have this learning experience.''

The Exchange City program opened in Chicago last May. But similar programs have operated in other cities for 20 years, Tullman said.

The program, which is in place in Houston, Memphis and other cities, is also available to private and charter school students, Tullman added. More information about the programs can be found at www.experiencia-world.com.

Experiencia trains teachers, who in turn train the students. There is an eight-week curriculum that culminates in the day that the students spend at Exchange City.

While at the facility, the students write and enforce their own laws and elect a mayor and a judge. The students also operate their own bank, publish a newspaper, videotape a television program, write resumes and deliver mail.

''My impression is … that the kids get an opportunity to work as a team, so they learn teamwork, communication and leadership skills, which is crucial for the rest of their life,'' Tullman said.

There are also educational benefits to students participating in the program, such as an increase in achievement test scores, Tullman added.

''They know how to operate a checkbook, create a resume [and] apply for a loan,'' Tullman continued. ''They [also] learn about hundreds of types of jobs and careers that they would never have previously known about.''

Michael E. Fox, a name partner in Fox, Hefer, Swibel, Levin & Carroll Ltd. in Chicago, said Thursday that he will make a financial contribution to the program and his firm probably will also donate money.

''We expect exciting things from this,'' Fox said.